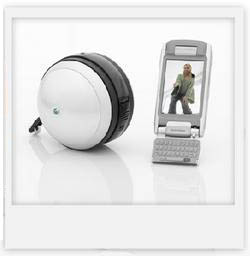 Bluetooth Sony Ericsson Phone Controlled Camera… beautifully designed, here is the new ROB-1 which is a three wheel phone driven camera that streams 15 fps video to the controller phone. At 2.2 pounds, running on Linux, and has incorporated night-vision… mobile surveillance is reaching a new level, and into the realm of everyday people.

Use your phone to drive ROB-1 around and check out the surroundings with the built-in video camera. When you see something interesting, take a snapshot. You can tilt the camera so it’s easy to get a frog’s perspective – no more crawling around on your stomach to take those hard-to-get pictures.

More imagery and links after the jump.

From DesignBoom a build your own male action figure interface… although the options are limited, it doesn’t make the process or result any less amusing. HeroBuilders advertises it as a way to build your own “hip hop and urban” action figures. You can even buy a matching tshirt as your new boytoy. And stay posted, because they claim “Weapons coming soon”.

So have you heard?

Beginning in 2006, Microsoft says it will ship with its operating system and other software products six brand new typefaces created especially for extended on-screen reading.

I quite like Corbel, but decide for yourselves. All six new ones and a review are over at Poynter.

Shhhh… don’t wake the baby. I know you see that image there. And i know its pulling your curiosity strings… hard. So click and go watch already. “CROOKED”: It’s a great song by Evil Nine featuring Aesop Rock, and animated by the wonders of Preloaded.

deLight in the de Young 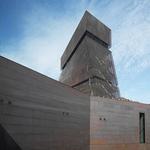 I drove past Golden Gate Park here in San Francisco quite a few months ago, and noticed something unnatural-looking rising above the trees. I wondered what the hell it could be, but I never imagined it could be something as interesting as the new de Young Museum. The museum’s collections actually don’t interest me much, but the building itself could be amazing. It was designed by the Swiss architecture firm, Herzog & de Meuron, the same guys who “redesigned” the Tate Modern in London.

The museum’s unique and dramatic copper façade is embossed and perforated with a pattern representing the impression made by dappled light filtering through leaves in a tree canopy, creating an abstract pattern on the face of the museum that resonates with the de Young’s wooded park setting. The building’s copper skin will progressively fade from a bright copper to a cinnamon color and eventually assume a rich green patina that will blend gracefully with the surrounding natural environment.

It’s also worth mentioning that they have commissioned works by Gerhard Richter, James Turrell, and Andy Goldsworthy for the exterior of the museum. 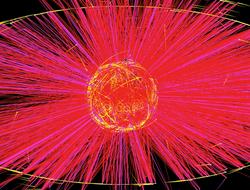 WOW. Here’s one to really help your luddite paranoid conspiracy theorist friend prove his point to you. Or help you feel safe in your tech driven ever shrinking world. Your choice.

But look at that visual? What is this Freefall?

Simply put, it’s an incredible screensaver and program which allows you a better understanding of the world and our many satellites in nice 3D rendering videos of real time. Now if only we could see what the satellites saw or were processing, that WOULD be something… for now i will settle playing with this fun little prog, being mesmerized by the imagery and the options it allows. More NORMAL, less intensly overwhelming picture after the jump. 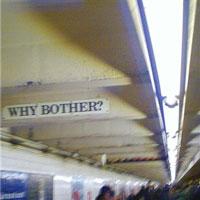 One of those days, the world is somewhat against you, or friday afternoon, trying to leave any city in the direction of another city (aka trying to move more than a few feet in a car). You can get no where. It starts to rain. People can’t commute properly and endanger themselves and others in bad accidents. And the world is your parking lot.

Sound familiar? Well on subject of commuting… here’s something my sister came across down below the city while in NY. Full series of images post-jump. info and pics from Scribbling.net

Ciao Ciao. Welcome all the readers who have been frequenting this newbie site. Just wanted to take a moment to fill you in on who we are and what’s going on. This is the graphic that got us going to start this site, (from ShadeElaine )… so trial hand t-shirt print starting soon kind of a tribute to our state of being/ideas.

but just out of curiosity, let me know if there’s any interest in others wanting shirts as well, i assume it can’t be too hard to pop a shirt in the mail to people. ~notcot

Just a reminder to wear your green. And if needed go download the sign from Guinness to hang on your work door. Or get the shirt if you don’t have some green already… unless you LIKE being pinched. So be it, be safe. 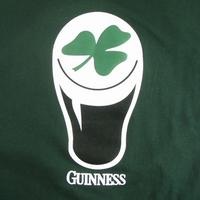 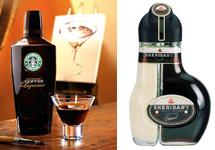 For the highest in high design, everyone else covers and recovers it, but who’s covering the design thats coming out in the everyday world? Like world-domination driven Starbucks?

It’s kind of a pretty bottle… i suppose it was a matter time after the ice cream. Are they out to take on Kahlua? Actually i suppose the real competition should be Sheridan’s. From a design standpoint that is one sweet bottle. It has a double spout, for their “perfect pour”, it layers without forced mixing of the two… Design Case Study follows…

p.s. i love that Starbuck’s page tells you:


Please note: the caffeine in this liqueur does not counteract the effects of alcohol. Please drink responsibly. 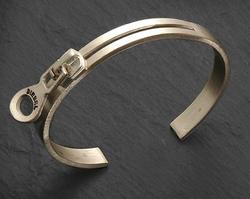 Ahhh, jeans. Ok ok so Diesel is practically like the Gap at a certain point, or at least spending enough time in Italy where the stores are around every corner… but admitedly they are daring with the artwork/media/design and do come up with some pretty fun collections (as hit and miss as they can be). And definitely some amusements.

Like this bracelet. What more can i say, it just makes you stare, and want to touch it.

Few more images along this theme after the jump… They also make interesting use of the rivets (?) jeans have. 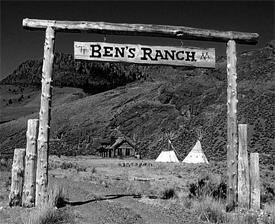 First the idea grabbed me… then this image of a literal cowboy style ranch… it only get’s better as you visit Ben’s Ranch online.

Couldn’t have said it better than DailyCandy:


Luddite (luh-dyte) n. 1. One of a group of British laborers who opposed the development of textile machinery 2. One who fears technological change 3. You.

So send them to the local luddite rescue:

Ben’s Ranch (benz ranch) n. 1. A new in-home service, owned by tech whiz Jonathon Fishman, providing support for all aspects of modern life, from laptop woes to BlackBerry queries 2. A tribute to Fishman’s ranching grandfather 3. That rare union of techie brilliance and interpersonal skills that you so desperately need. (Jonathon can actually explain things in a vocabulary you’ll understand.)

[ok so this is very LA, and does reek of it, but its an innovative and necessary concept, considering i dabbled with a group of web designers, paid a designer’s rate, to babysit the “Fat Actress” computer shopping… who know’s you might be able to tap into the niche in your city/town/farm/ranch]

How could anyone make one more charity silicon bracelet? After LiveStrong everyone had been jumping on the bracelet bandwagon, but this one is for the Humane Society, and Urban Decay has been very animal conscious with their products from the beginning. So this one’s for them.

We don’t do animal testing, and we never have. A lot of you buy our makeup for that very reason. Thanks to Sandy Lerner, an animal activist who co-founded the brand, every single Urban Decay product proudly sports our cruelty-free motto: “We don’t do animal testing. How could anyone?” 100% of Urban Decay’s profits from this bracelet will be donated to our friends at The Humane Society of the United States, with a minimum donation of $25,000. We believe in their work, and encourage you to check them out! —- URBAN DECAY

But seriously, where do all of these go? You know people must be buying loads of them for their various organizations, but how many people do you really see wearing them anymore? Given the indestructable (relatively) nature of the bracelets, i think we need to find some new uses for them… slip a few around a water bottle to make it slip-resistant? keychains? cable ties? let me know what you think of… to get your creative juices flowing a visual repository of random bands follows. 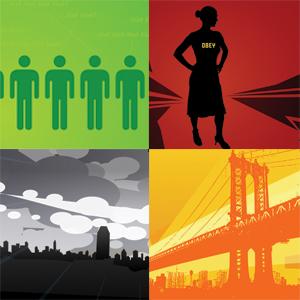 Felt like some new digital wallpaper, found that Patrick Bennet put out a few new ones… and thought it was worth sharing for those of you who haven’t enjoyed his old ones. (They are in his download section), nice color/vector art combos… few examples of my favorites after the jump. 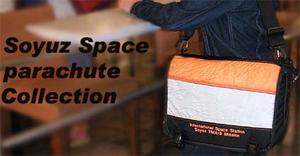 The materials of this bag have extreme adventures before even getting the chance to hold your goods. Made from 2004 Soyuz Space Parachutes, America’s Cup Sails, and even Mt. Everest Tents… the durability, design, and concept behind these bags is not only recyling the materials, but the adventure as well. Everquest Designs will even let you design your own…

We also make personalized bags with your own piece of adventure. We have made bags with pieces of banner from Rolling Stones concerts and laptop bags with a tarp from a car rally in Northern Africa!. We believe perception of a famous event is purely a matter of opinion. We like to think of famous events as a “significant slice of time actually lived by our customers”. The “beat up” tent from a memorable trekking expedition in Nepal or that piece of windbreaker that survived a 200 mile hike through the Appalachian Trail really do define what a relic is all about : A piece of YOUR famous adventures. We can turn them into full-featured City or Laptop bags.